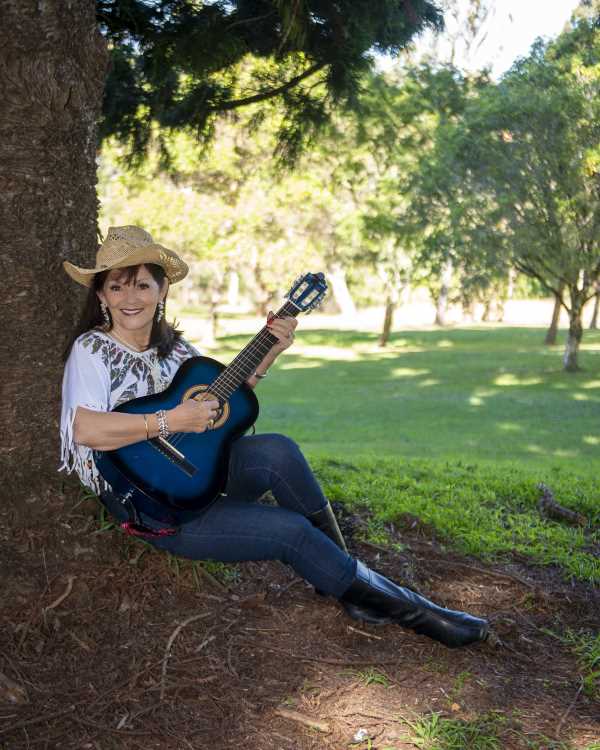 I was born Carol Ehrlich in Pittsworth, Queensland

In my early life I was raised in a musical family living on Dairy and Wheat Farms on the Darling Downs, Qld. Dad could not read a note of music however play him a couple of bars and he would be there with his Button Accordion and Mouth Organ.  Mum was an accomplished Violin player. She taught my elder sister, Kaye, and I to read music.  Kaye on the Piano Accordion and me on the Banjo Mandolin. I was ok but preferred to sing.  In country Queensland, our family put on Concerts for the local community with Dad and my brother also performing various comedy skits, me singing and dancing (in an untrained manner).  Lots of fun.

After our parents’ divorce, Mum and my three siblings moved off the farm and settled in Manly, Qld.  Mum worked hard to support us, and music was forgotten.

In my teens, and very secretly, I found a Brisbane Music Teacher who suggested I enter a Talent Quest.  Brisbane Agent, Ellie Lavelle saw me, and I was booked for my very first performance as a Solo Artist with new Stage Name Carol Rogers.

Over the following years some stand out times.

It wasn’t until Dave and I moved to Blackbutt, Qld, that I approached the Taromeo Country Music Club in 2015 and, with their encouragement and support I am back doing what I love.

Whilst attending a Country Music Festival I met Shaza Leigh. The outcome is my first CD, recorded in Tamworth at LBS Studio, with Lindsay Butler, Shaza Leigh, Peggy Gilchrist and the LBS Crew. Cheers Carol

Sign up to my newsletter for news, events and new music.